During the Second World War, RAF Down Ampney was based on the outskirts of the village of Down Ampney and was operational from February 1944 - February 1947. The base was home to some 3,000 personnel.

It was from here that RAF 48 and 271 Squadrons Douglas Dakotas on major missions.

On D-Day (6th June 1944) they dropped the main elements of the 3rd Parachute Brigade in Normandy as well as towing Airspeed Horsa gilders carrying troops and supplies across the English Channel. They were also active in Operation Market Garden (Arnhem) in September 1944 and the Rhine crossing. During this period there were many acts of bravery. Flight-Lieutenant David Lord, who flew from Down Ampney, was posthumously awarded the Victoria Cross for his part in attempting to deliver much needed supplies to troops. The film ‘A Bridge Too Far’ tells the story of Operation Market Garden.

Between operations aircrew flying from RAF Down Ampney provided an ongoing service of delivering personnel, petrol, ammunition, food, clothing, and tyres, earning themselves the nickname "the Removal Men". They also brought back over 100,000 casualties from Europe, and after VE Day brought thousands of servicemen back to Britain from the Far and Middle East.

Many young people - men and women - served at RAF Down Ampney. It was a place where firm friendships were forged, memories made and many acts of bravery recorded. All Saints’ Church was adjacent to the airfield and its spire served as a welcome sight for those returning from operations.

During the Second World War, 47 Air Despatch Squadron - part of the Royal Logistics Corp - was also based here, and we maintain a longstanding relationship with the Squadron, which is now based at RAF Brize Norton.

Units stationed at RAF Down Ampney:

E Sqdn Glider Pilot’s Regiment
who flew from Down Ampney and not only landed their Gliders, but also fought alongside the Airbourne troops.

The Air Despatch Regiment
four personnel flew with each Dakota on the Arnhem operation and lost 116 men on four days of re-supply.

The Air Ambulance Section
who brought back casualties to the Evacuation Centre at Down Ampney.  WAAF nurses flew with the unarmed DC3s to tend the wounded on flights.

Kings Own Scottish Borderers
flew from Down Ampney for the Arnhem operation and suffered 80% casualties.

RAF 271 Squadron
was based at RAF Down Ampney and Flt Lt David Lord won the Victoria Cross in Transport Command.  Amongst other notables was Jimmy Edwards (later a well-known actor/comedian) who was shot down, but landed safely and awarded the DFC.

Airborne Division
was flown from Down Ampney to Normandy for D Day and the 1st Airborne Division was dropped at Arnhem in Operation Market Garden. Over 10,000 were dropped and only 2,000 retreated over the Rhine.

On the afternoon of 19th September 1944 there was a lull in the bitter fighting on the outskirts of the Dutch town of Arnhem.  Men of the British 1st Airborne Division were besieged.  Their mission to capture the bridge over the Lower Rhine and open the way to Germany was heading for heroic failure.  Overhead RAF aircraft fought through intense opposition on their re-supply mission.

Then came the sight that caused such awe amongst the British soldiers and their German opponents that many watched rather than fought.  Afterwards they would talk of having witnessed one of the bravest acts of the war.

A burning Dakota flew over the drop zone, its dispatchers visible in the doorway pushing out panniers on parachutes.  Incredibly the “Dak” turned and made a second pass, the dispatchers still visible, still paying no heed to urgings from the ground to jump.

The last pannier flew out and then the starboard wing fell from the aircraft, which plunged into the ground.

The navigator survived, hurled out of the doorway by the explosion.  Flight Lieutenant David Lord DFC and the rest of the crew died.

When, in November 1945, the award of a posthumous Victoria Cross was announced for “Lummee” Lord, it was said that the decoration epitomized the spirit of the men and women who served at RAF Down Ampney in Gloucestershire.

There is a Memorial Window at All Saints Church, Down Ampney, which commemorates those who served at RAF Down Ampney and includes an image of the Victoria Cross awarded posthumously to Flight-Lieutenant David Lord VC DFC.

There is a Memorial Garden along the north side of the church where the cremated remains of former service personnel based at Down Ampney are interred. Even to this day Veterans who served at the base during WWII still request that this be their final resting place.

The Memorial Stone stands at the end of the former run-way.

It contains the following inscription:

From this airfield in 1944-5
Douglas Dakotas from 48 and
271 Squadrons RAF Transport
Command carried the 1st and 6th
Airborne Divisions, units of
the Air Despatch Regiment
and Horsa Gliders flown by
the Glider Pilots Regiment to
Normandy-Arnhem and on the
Crossing the Rhine Operations.

These memorials have been created through the support and generosity of The RAF Down Ampney Association.

Since the 1970s there has been an annual ‘Arnhem Service’ at All Saints’ Church, Down Ampney in early September when veterans and their families are welcomed back to the village.

Each year we mark the Anniversary of Operation Market Garden with a special service at 11am on the Sunday before the commemoration in Arnhem itself – usually the second Sunday in September.  Anyone who would like to attend the service is very welcome. 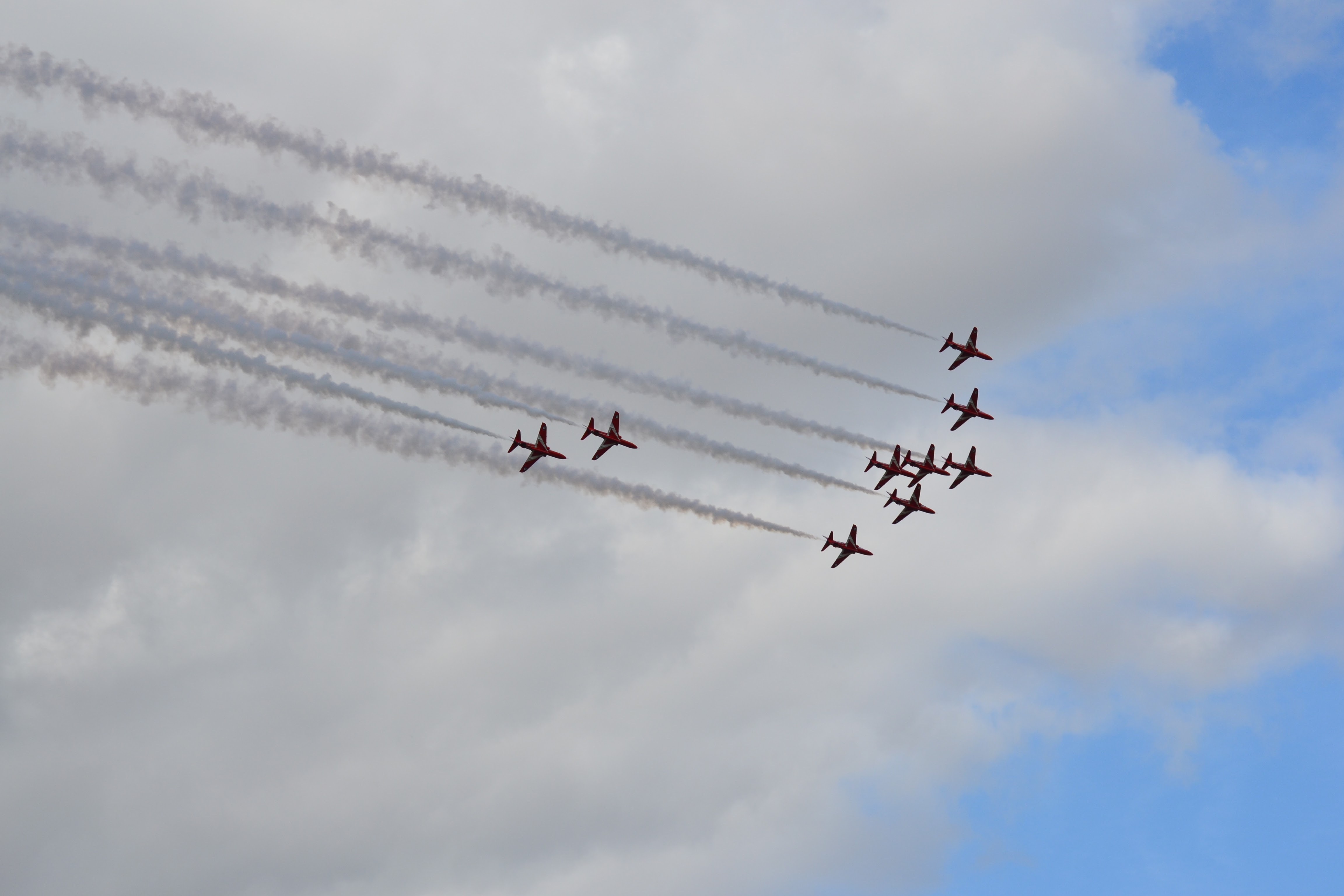 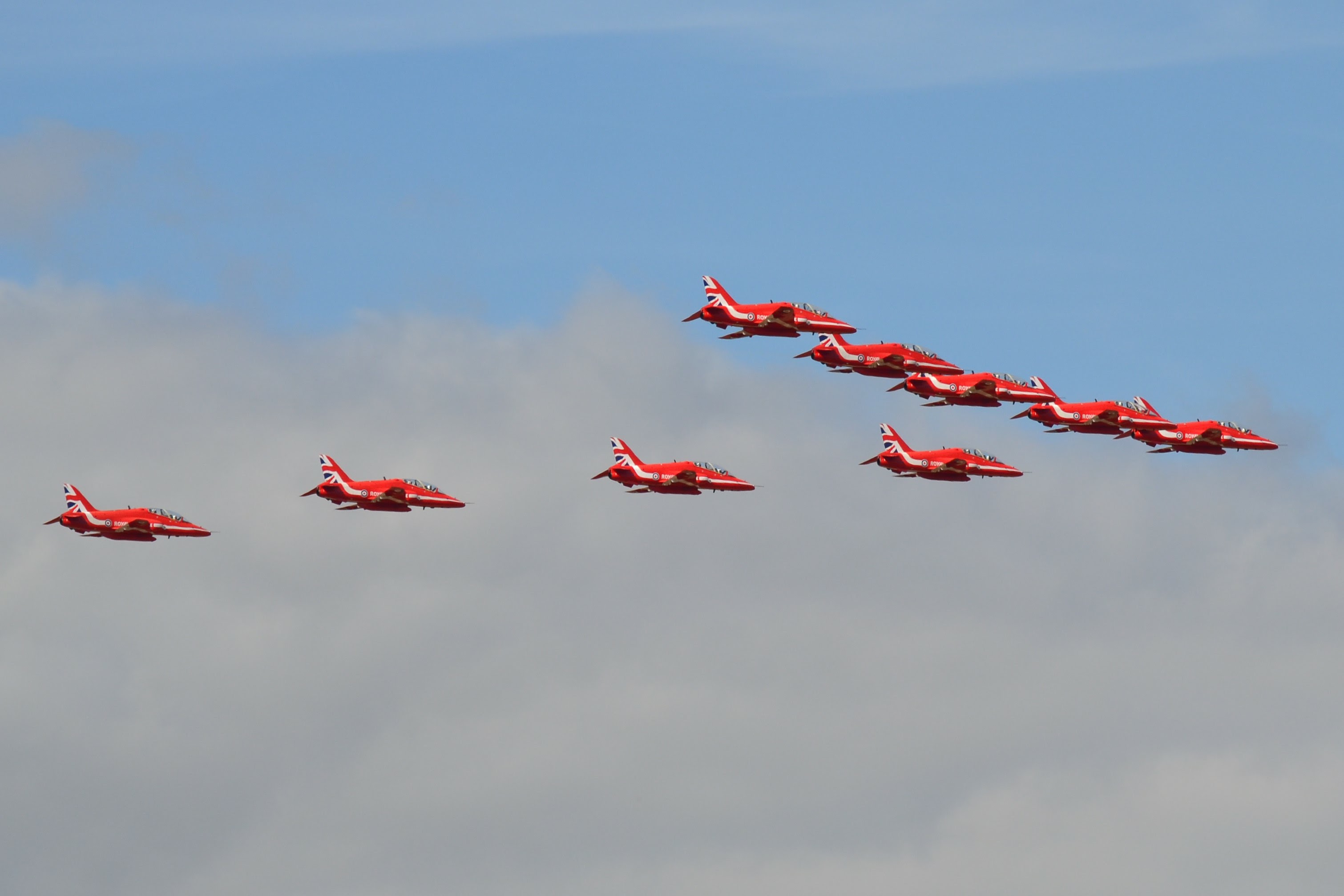 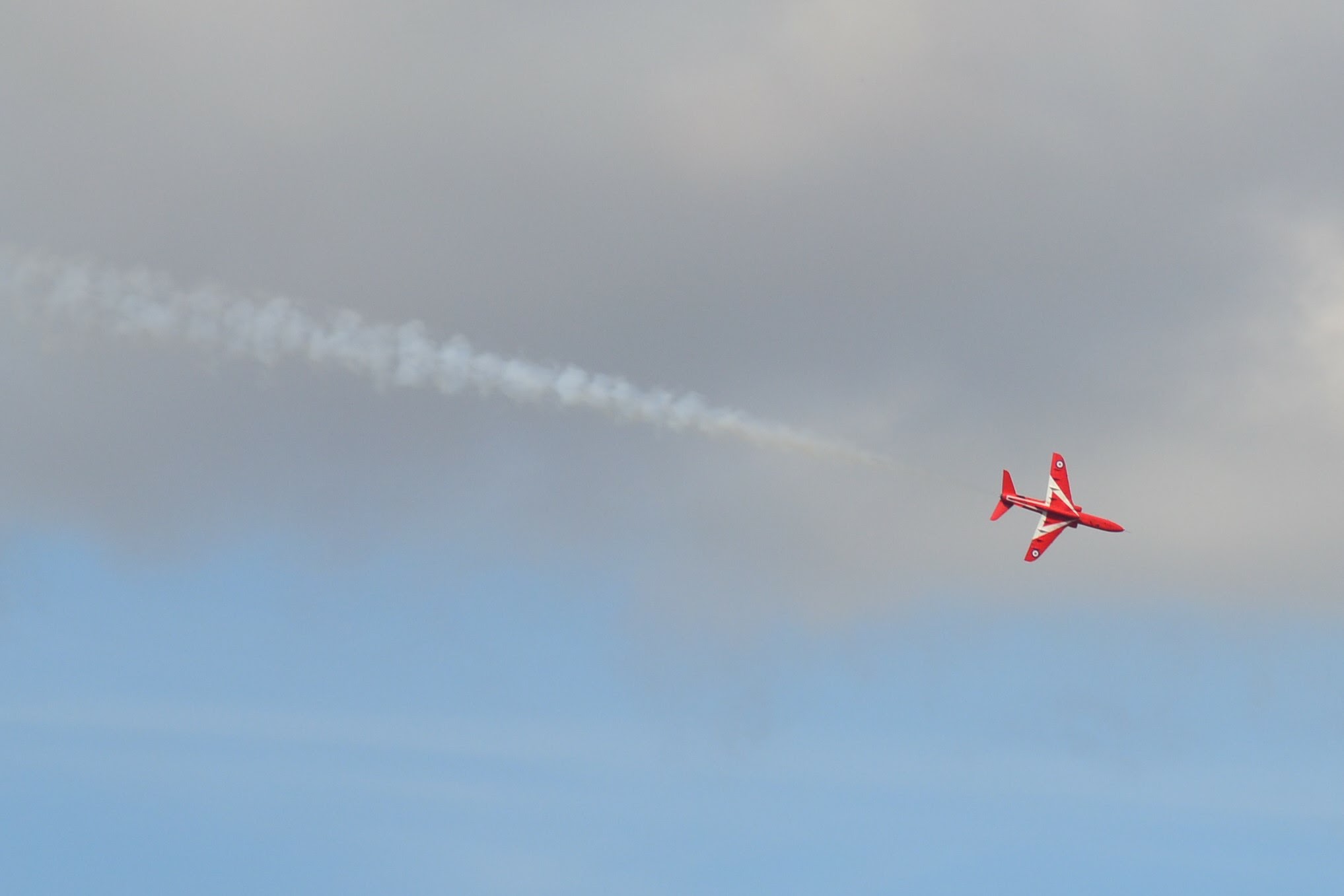 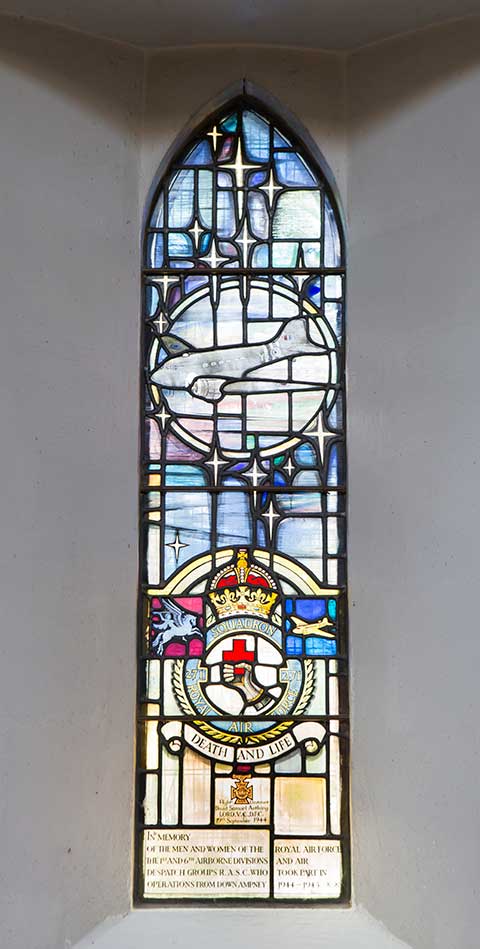 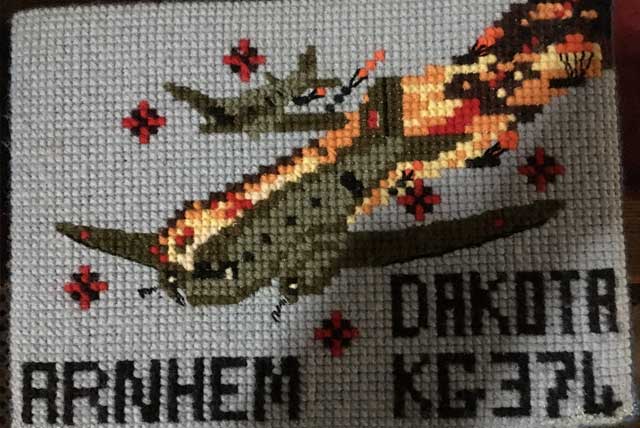 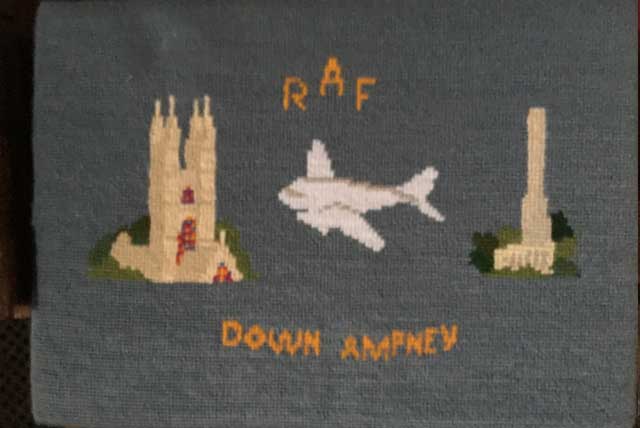 Thank you! Please check your email and confirm the newsletter subscription.
Go To Top